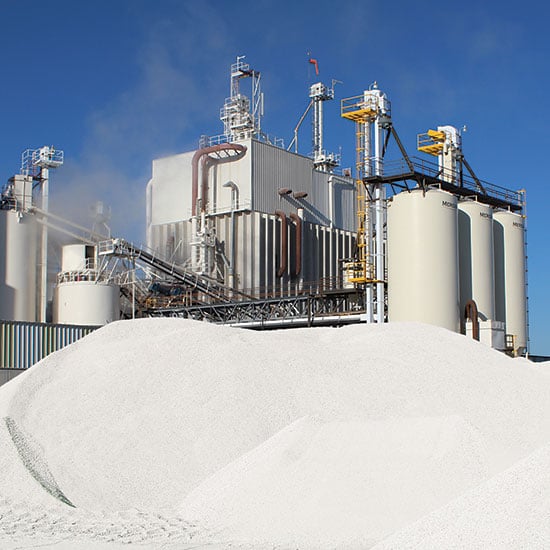 Hess Pumice plant one with pumice stockpile in the foreground. 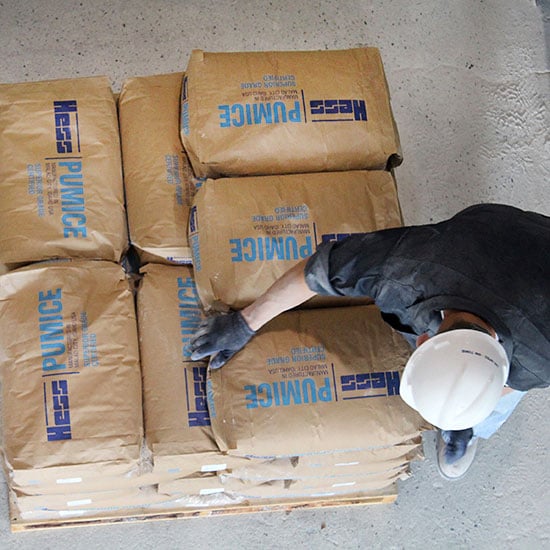 Hess ships pumice products all over the world.

HESS PUMICE PRODUCTS, located in southeastern Idaho, USA, is a mining operation and processing company that extracts and refines a white, high-purity pumice.

Hess Pumice has a stable source of supply, an exclusive focus on producing precisely controlled industrial grades of pumice, and the logistical expertise to ship pumice anywhere on the planet. This focus has made Hess Pumice the world’s leading supplier of highly refined pumice products.

HESS PUMICE PRODUCTS was founded on good fortune and built by hard work and attention to detail. It all began when founder Marion Hess started surface mining a rich deposit of white volcanic pumice rock and shipping it to a Salt Lake City (Utah) company for use in their lightweight concrete block.

Hess Pumice expanded beyond the concrete block market when Marion’s son Marvin, a newly-minted engineering graduate of the University of Utah, discovered that the television industry was buying fine-grade pumice for use in polishing and finishing television screens. He figured his father’s naturally-pure pumice deposit would be a great fit. An exceptional fit, as it turned out. Once on the market, it quickly became evident that the pumice coming out of Malad City, Idaho was the best in the world, as it was chosen by manufacturers worldwide, even by those with a local pumice supply nearby.

Hess Pumice quickly grew to dominate the world market for industrial abrasives, even in Japan, which had its own pumice producer, becoming the sole supplier to the screen glass division of NEC.

Pumice is an amazingly versatile foamed stone, and the Hess family has constantly expanded the industrial applications for their pumice. They entered the function filler industry (paints and coatings) by refining a dozen micronized grades of non-crystalline silica—the finest down to 3 microns. After extensive testing from the University of Utah, University of Texas-Austin, and others, Hess brought a pair of highly effective pumice pozzolan grades to the concrete market. And so it goes: Seed coatings. Filtration media. Soilless grow media. Microbead replacement grits.

Hess Pumice continues to thrive by holding tightly to the principles that made them a world leader: produce a high-quality pumice product, meet customer specifications, do it consistently, and deliver it on time.

SOURCED FROM THE WORLD’S PUREST COMMERCIAL DEPOSIT OF WHITE PUMICE